The Economist Educational Foundation (EEF), is an independent charity from The Economist Newspaper. Their mission is to tackle inequality by giving disadvantaged young people the skills to think for themselves about current affairs. They combine The Economist’s journalistic know-how with teaching expertise. That gives them a powerful set of capabilities to help to address inequality through education.

They apply these capabilities by enabling high-quality discussions about current affairs in state schools. These discussions significantly develop young people’s critical thinking and literacy skills. Specifically, they focus on developing reasoning, curiosity, scepticism, open-mindedness and storytelling. These skills are essential for succeeding in school and beyond. They are also essential for forming an accurate picture of the world, and being an effective citizen, in the face of misinformation, opinion-bubbles and polarised debates in the news media.

EEF's objective is for young people to use the knowledge and skills that they gain through EEF's work to access more opportunities throughout their lives. EEF's core programme is a network of school news clubs called the Burnet News Club (BNC). It’s run by teachers in over 70 state schools in diverse communities across the UK.

Before building the new platform, EEF delivered the Burnet News Club through a 'free' WordPress site. This held the organisation back as the WordPress platform was struggling under the weight of a plethora of plug-ins and widgets, and a growing number of users - both students and teachers.

Journeys were broken, fragmented, and the platform became a source of frustration for all user types. It also began to reflect poorly on BNC, and required further work on the part of their small team to keep schools and students engaged with the content. BNC needed to provide a robust, scalable, highly secure, and investable platform that would best showcase the content they were creating.

As the platform already existed in one state, and had been proven to deliver BNC's goals, we had a decent jumping off point.

The original WordPress site had a considerable archive of Google Analytics data for us to look at before beginning work with the various user groups to extract meaningful qualitative data.

Access to students was limited in the pure research phase, so much of our work had to be based on anecdotal evidence. However, once core journeys and paper / clickable prototypes were created, it was far easier to get these into the hands of the schools and pupils. We were immediately presented with a problem; many of the students (aged 8-14) were not necessarily digitally literate in the way many of us understand, insofar as they spend the majority of their time using apps rather than websites.

What we (collectively) thought were carefully considered designs for logged in states - making the most of a page depth - were made almost entirely redundant as soon as students began experimenting with them. Up to 60% of the content and function was - somewhat ironically - hidden 'below the fold', a fallacy we've been trying to dismiss for years.

We returned with a series of designs for logged in states that kept core functionality in a single viewport, putting far greater emphasis on blocks of colour, and giving students access to league tables and personalised feedback.

Conventional usability testing isn't necessarily an appropriate method for getting the most useful feedback from children, so a number of looser techniques were used, allowing them a greater freedom to explore and articulate their expectations.

Teachers, and the BNC admin team were far easier to test and iterate with, and more run of the mill contextual enquiry, and usability testing methods using defined scripts were employed.

We made sure to have the site test-ready in time for the summer holidays, allowing BNC admin and volunteer teachers to work with content well before launch.

The new BNC platform has the technical capability and is intuitive enough to onboard unaided many more schools, making it possible for BNC to achieve their goal of reaching 100 schools by September 2019.

The platform showcases the quality and value of the BNC programme to prospective schools and leaders at multi-academy trusts.

Early indicators of success since September launch are:

A large multi-academy trust recently proactively engaged with BNC because they were excited to see one of their schools’ progress highlighted on the new platform.

This term BNC will provide a corporate funder with site logins for volunteer staff members, so they can support young people as expert online mentors. This volunteering opportunity made the partnership more attractive, helping BNC secure further funding.

Another potential supporter has begun a very promising conversation with BNC because they were impressed by the platform and user feedback.

More students than ever before are acknowledging facilitators’ questions and advice, and taking part in weekly competitions which encourage meaningful engagement with the news. 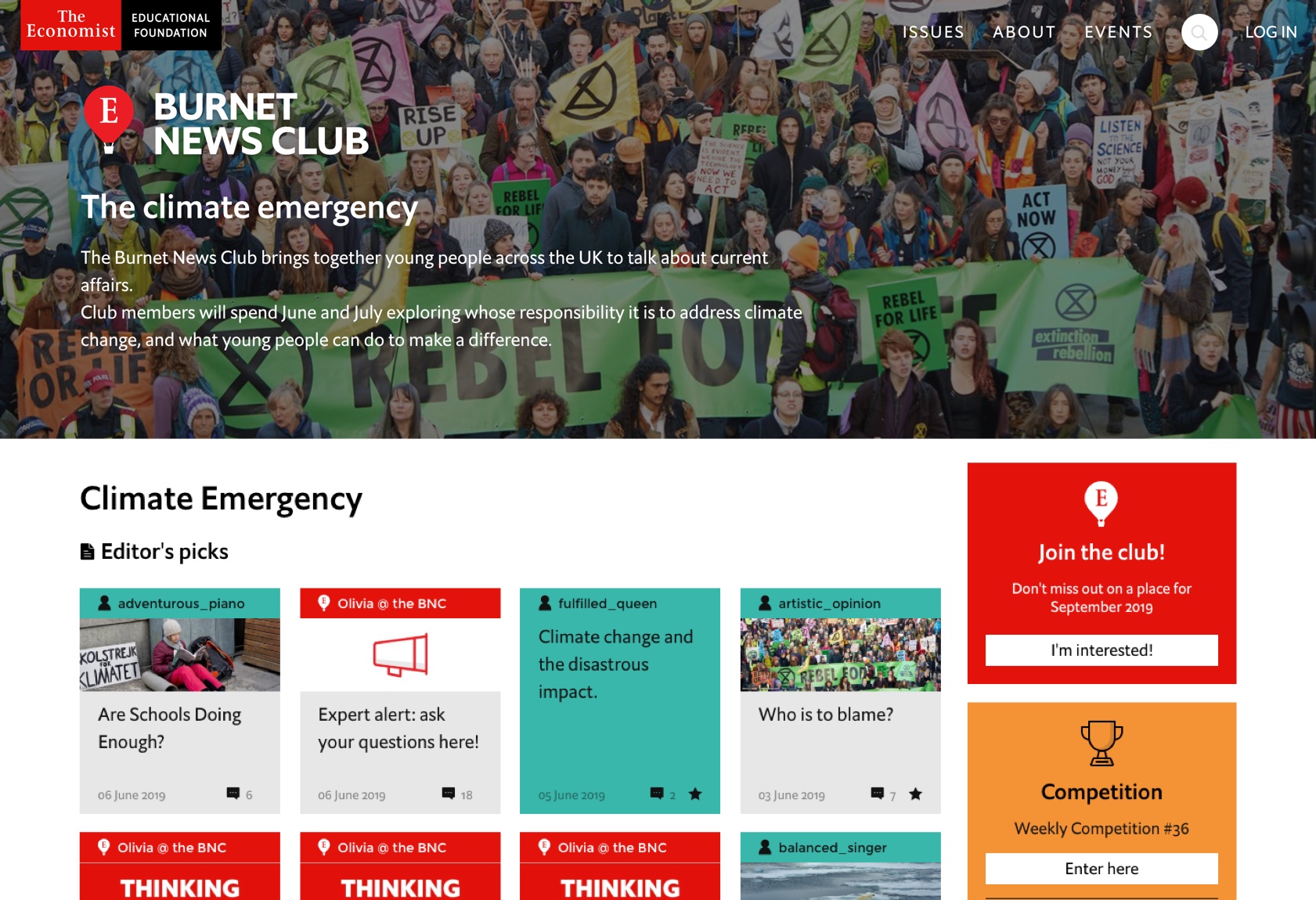 We worked with Hactar to build a new version of our online discussion platform for young people, the Burnet News Club Hub. The platform is a core part of our educational programme, so it was really important for us to find an agency that we trusted. It's quite a complex site, and scoping it out required Hactar to develop a deep understanding of our work. In the scoping phase, they helped us to organise our priorities and find clever or innovative solutions to achieve our aims. We were delighted with the design, which we were quite particular about because we wanted the site to be engaging but not patronising to the young people we work with.
Hactar went above and beyond to build a site that was future-proof and high-performing: there were a few instances when we realised they'd anticipated new things the site would need to do when our programme expands, which we hadn't thought of ourselves. Although we hadn't asked them to, they ensured the site was built to accommodate those changes. On top of all this, they were an absolute pleasure to work with. I highly recommend them!
– Emily Evans, Chief Executive, The Economist Educational Foundation 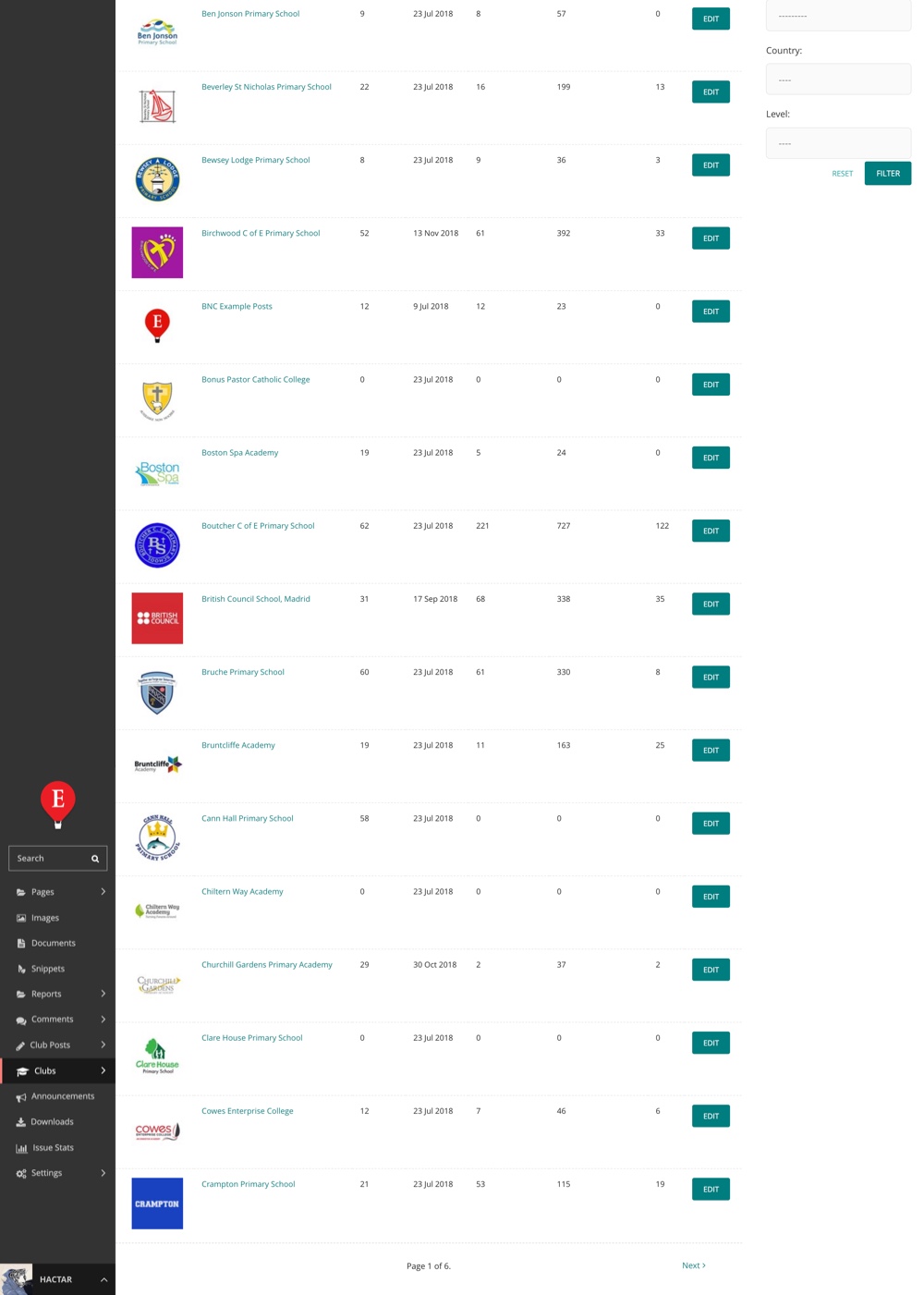 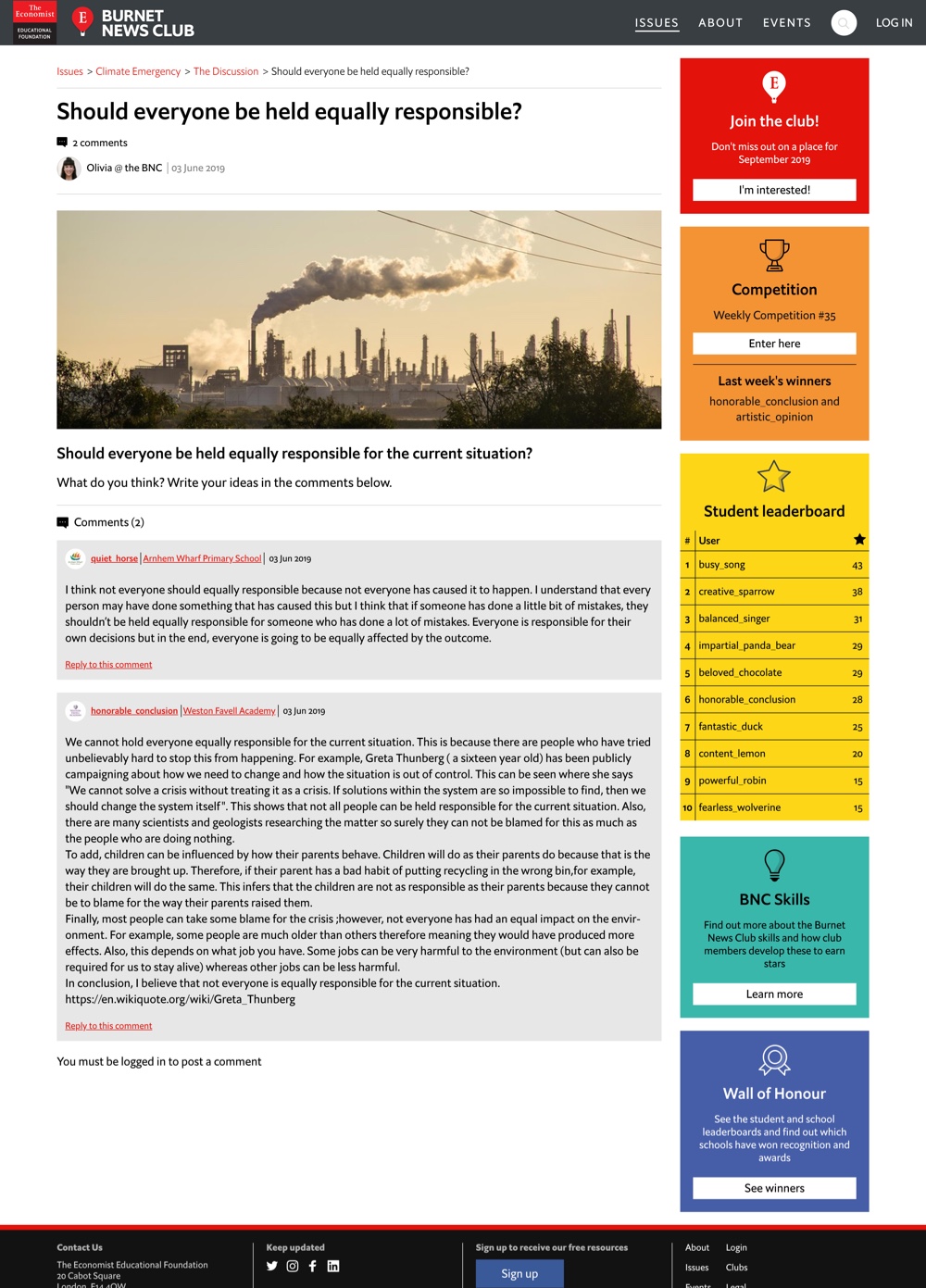 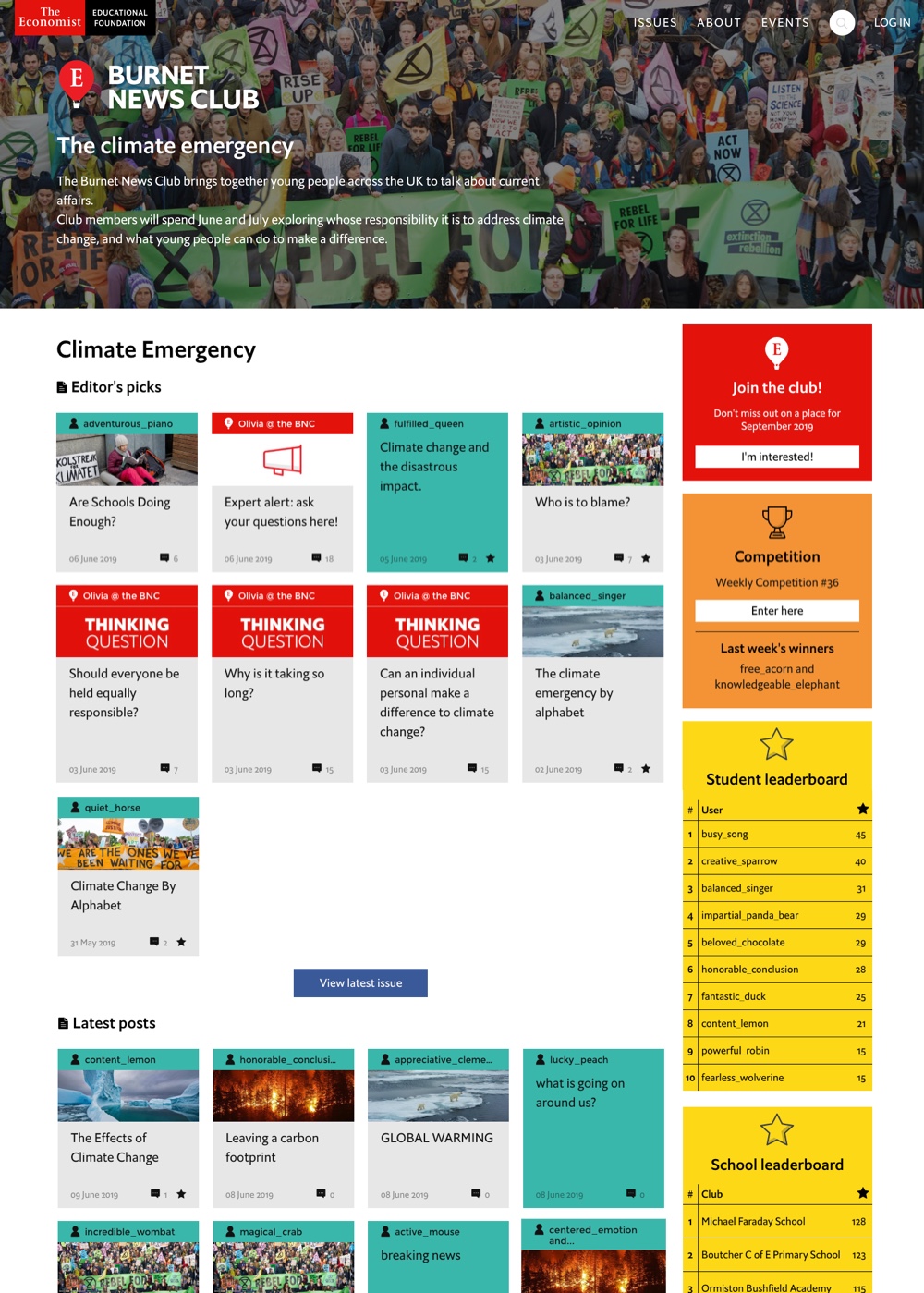 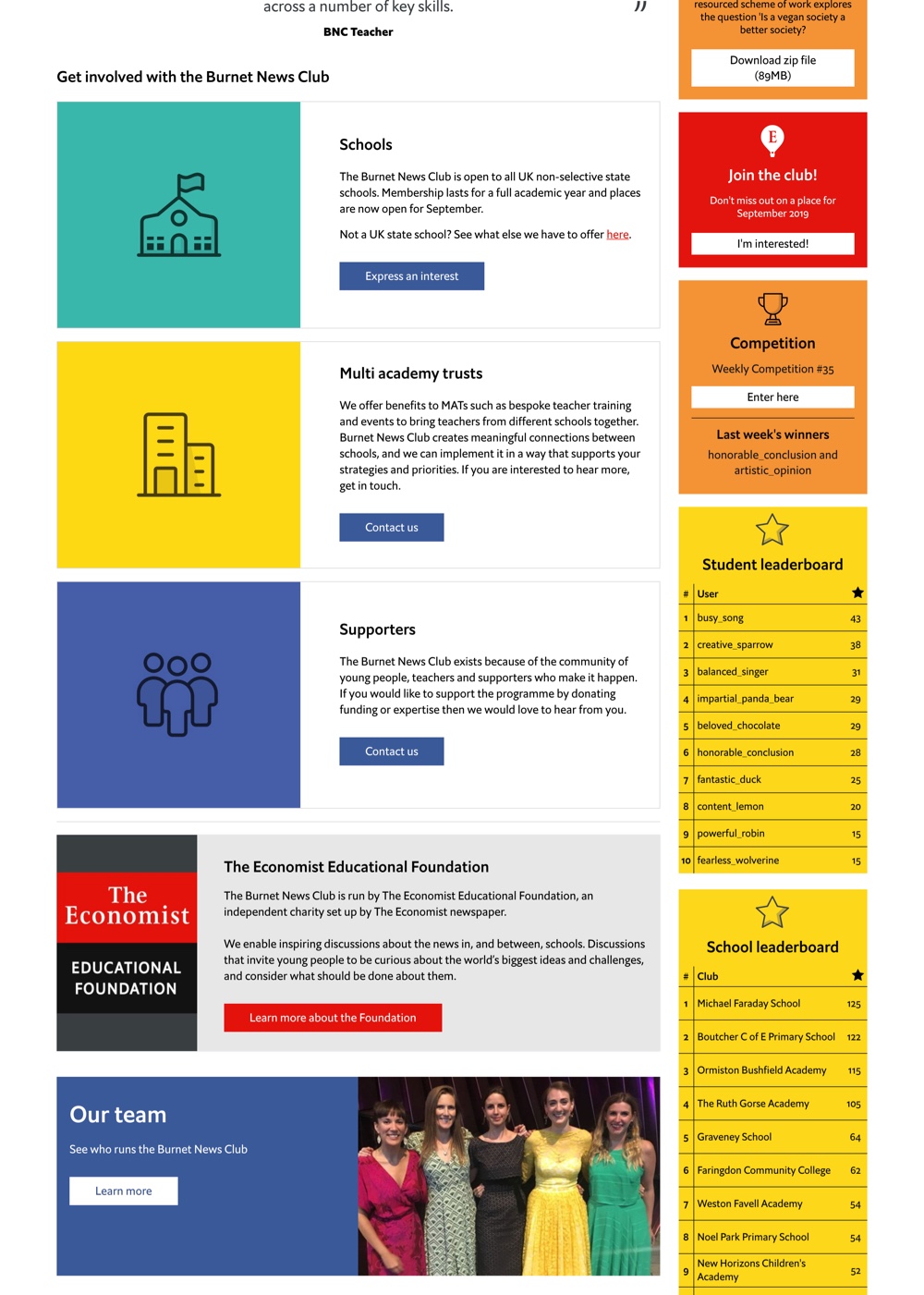 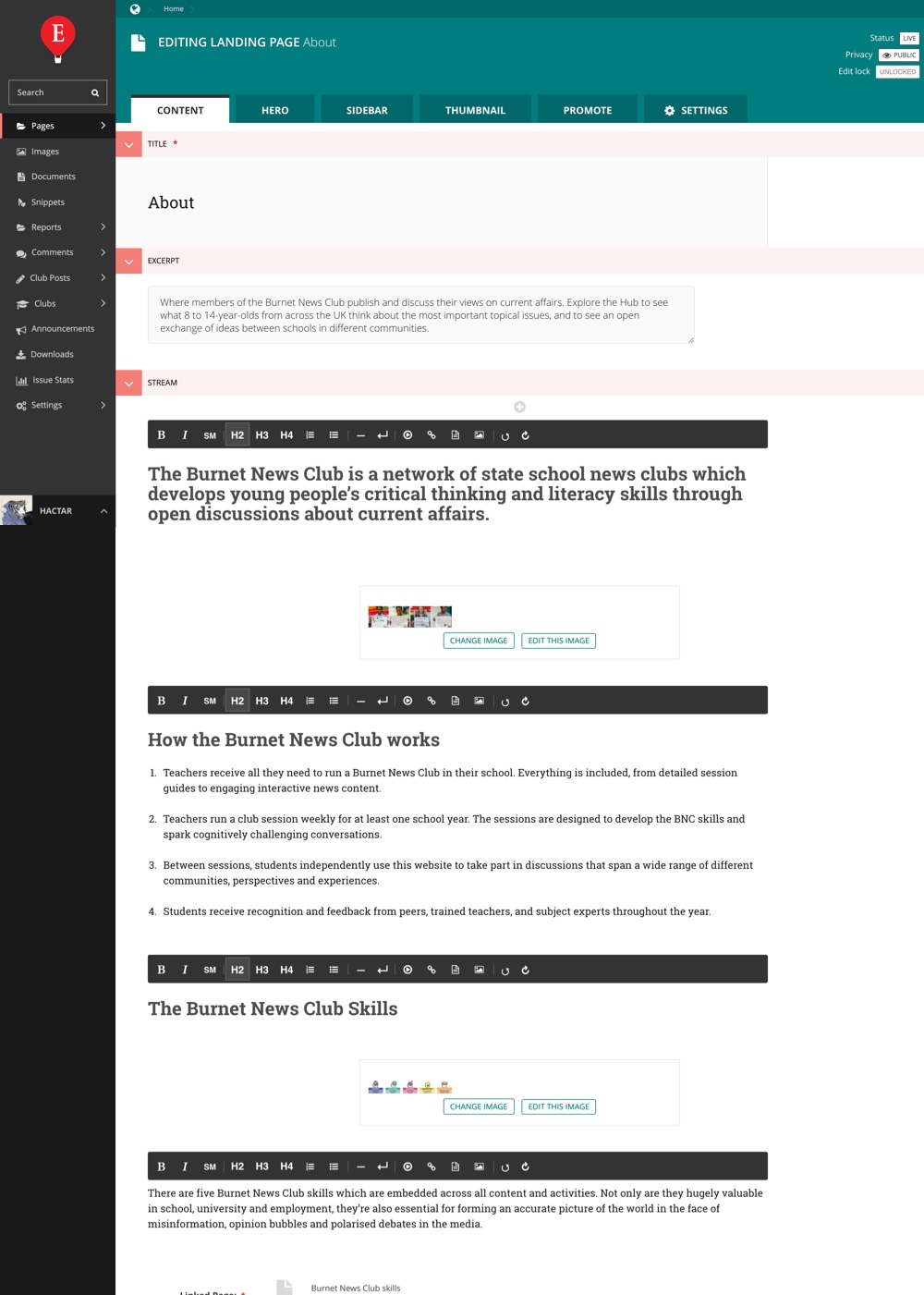